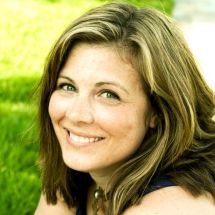 Megan Terry is a wife and mother who calls the Louisville, Kentucky area home. After having two biological children, Megan and her husband, Kamron, began to explore the idea of adoption and brought home their third child, a toddler from the Democratic Republic of Congo, in February of 2010. As a result of seeing both the startling beauty of Africa as well as the unimaginable need, Megan began extensively studying orphan care and poverty and began fiercely advocating for orphans and the reform of policies affecting orphans internationally. Her hope is to help shape policies and ministries that focus on maternal health as a way to combat the orphan crisis.

Megan studied marketing and public relations at both the University of Kentucky and the University of Louisville. She currently serves as Deputy Director for International Orphan Sunday with the Christian Alliance for Orphans and as communications chair for Our Family In Africa. In her spare time, Megan enjoys writing her thoughts on life and adoption at Millions of Miles, and traveling with her children Sadie, Noah and Miles. She is also a certified foster mother who is eagerly awaiting her first foster placement.